Please, order a unique medal which is bound to attract more people willing to participate in the event held by you. We offer extensive technical facilities, guarantee high quality, and also ensure a free-of-charge design. 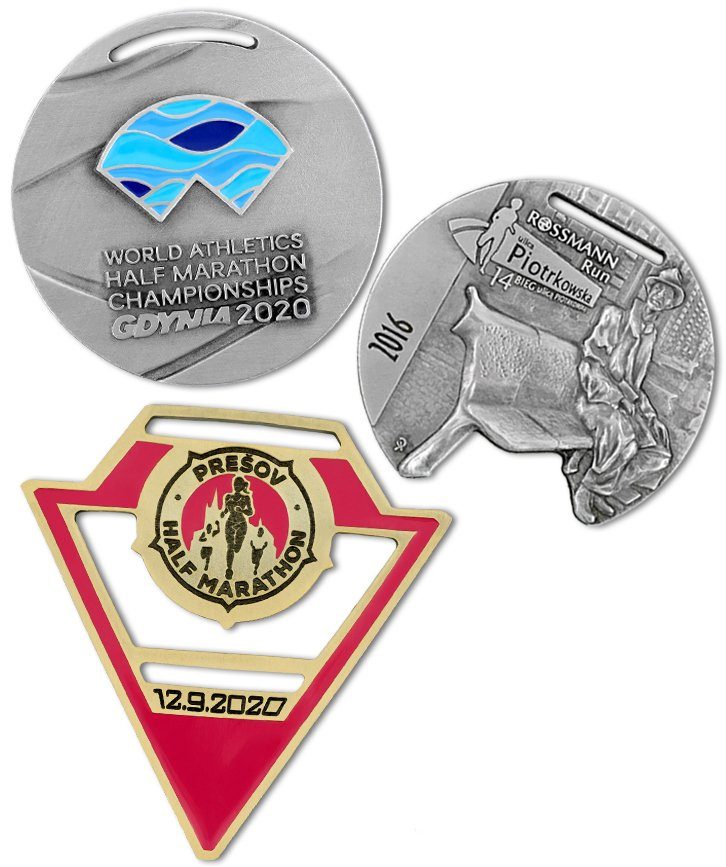 Are you looking for running medals? Great, we make them!

Running medals have a special place in the portfolio of our products. Our several-year long cooperation with the organisers of running events has allowed us to acquire experience necessary to provide top-quality services.

What do you need to know about cooperating with us?

We offer attractive prices, and also a full scope of designing services.
Do you want to choose our products and services?

History of running medals — since the times of olive branches to these of gold, silver and bronze

The history of running events is a part and parcel of the genesis of ancient Olympic games, during which a 180 m sprint (this distance was then referred to as ′stadion′) was the most important competition. However, it was no sooner than during the first modern Games in Athens (1896) that medals were awarded to the winner (who received a silver medal) and the runner up (who received a bronze trophy).

During the third Olympic Games (St. Louis, 1904), the three categories of medals: gold, silver and bronze were introduced, whereas it was during the Games in Rome (1960) that medals were hanged on the winners′ necks for the first time ever. 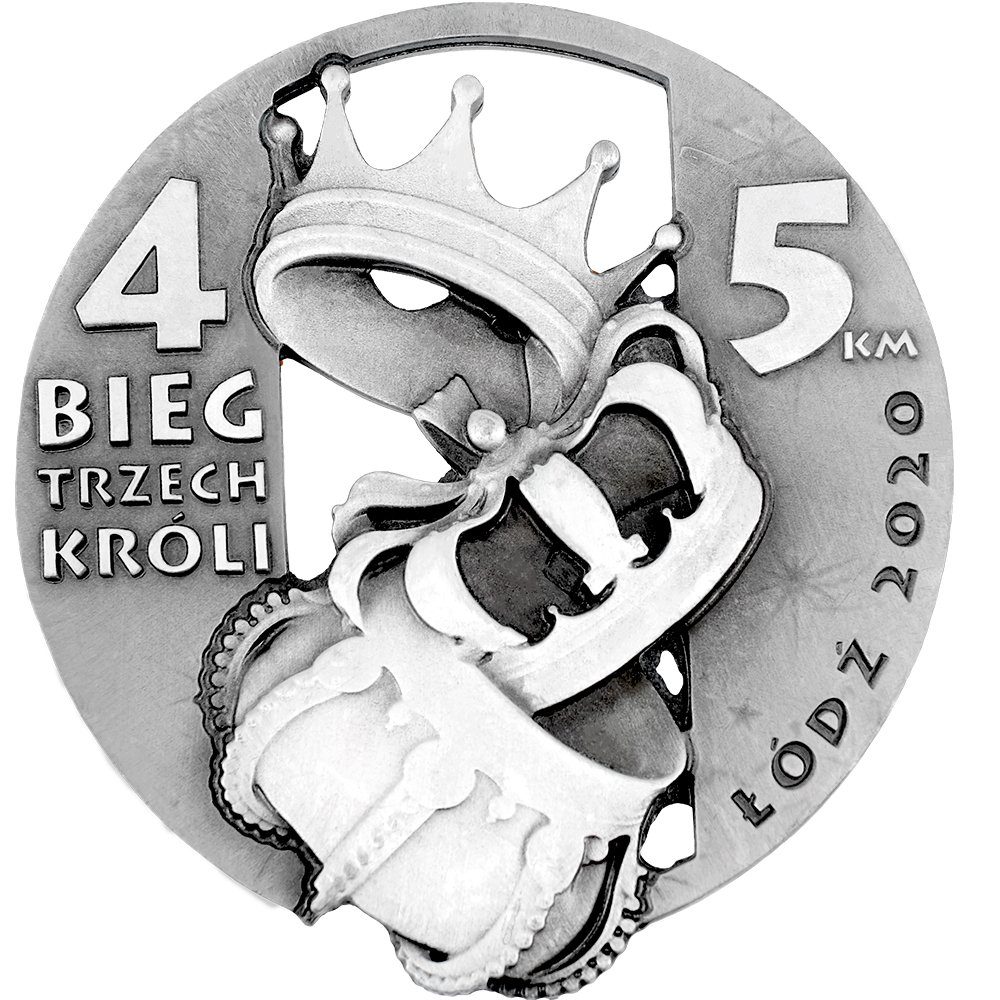 Gallery of our projects: 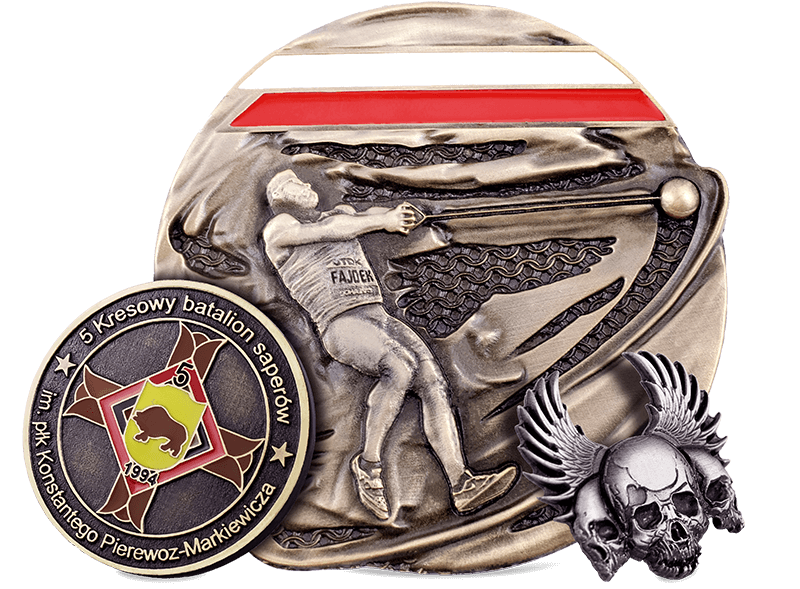 We will prepare a design of running medals free-of-charge

We have provided the most appealing medals for many sport events, and we know how much time and effort is required to organise a running event. Therefore, our casting company offers all our Customers a free-of-charge design services in terms of running medals — we will need only a basic description of your project. 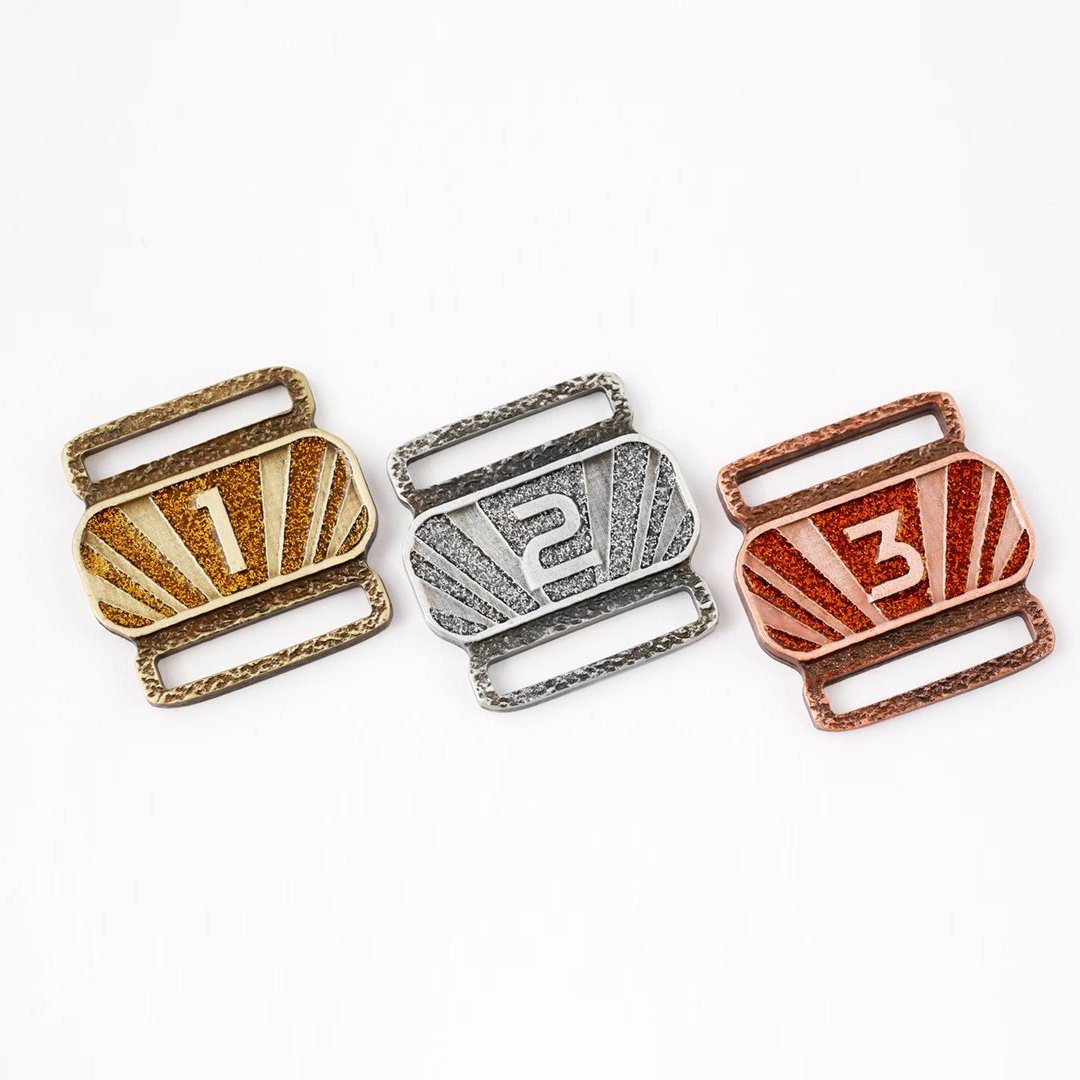 Now, you can easily adorn your commemorative medal with a dedicated medal rank on a band, which can, for instance, inform about the position in the ranking, age group or contain additional information.

Medal ranks fit a medal, and they are particularly useful if you want to order a single design for all the event. 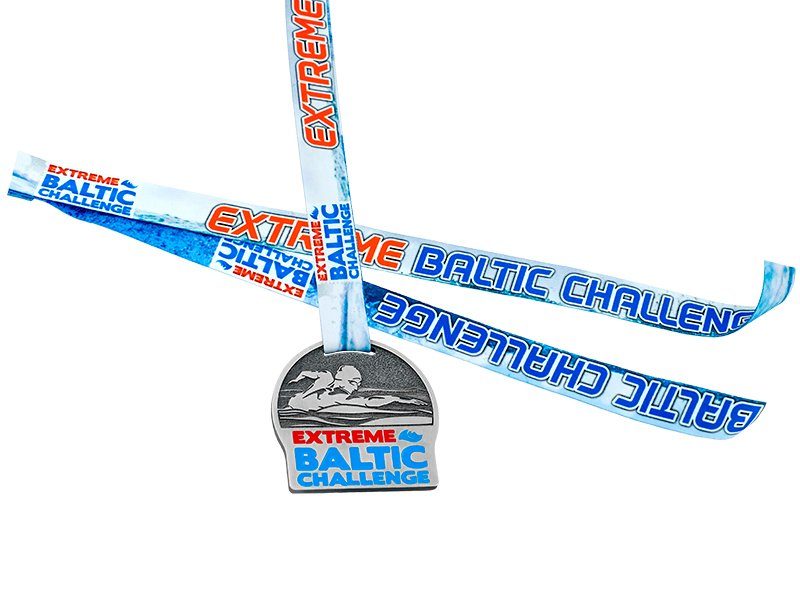 In accordance with contemporary standards, event winners participate in a decoration ceremony, during which an organiser hangs medals on their necks. Our casting adopts a comprehensive approach to making running medals, and, moreover, offers a broad assortment of bands.

We also offer accessories, which means, that you’ll receive ready and complete sets from us. 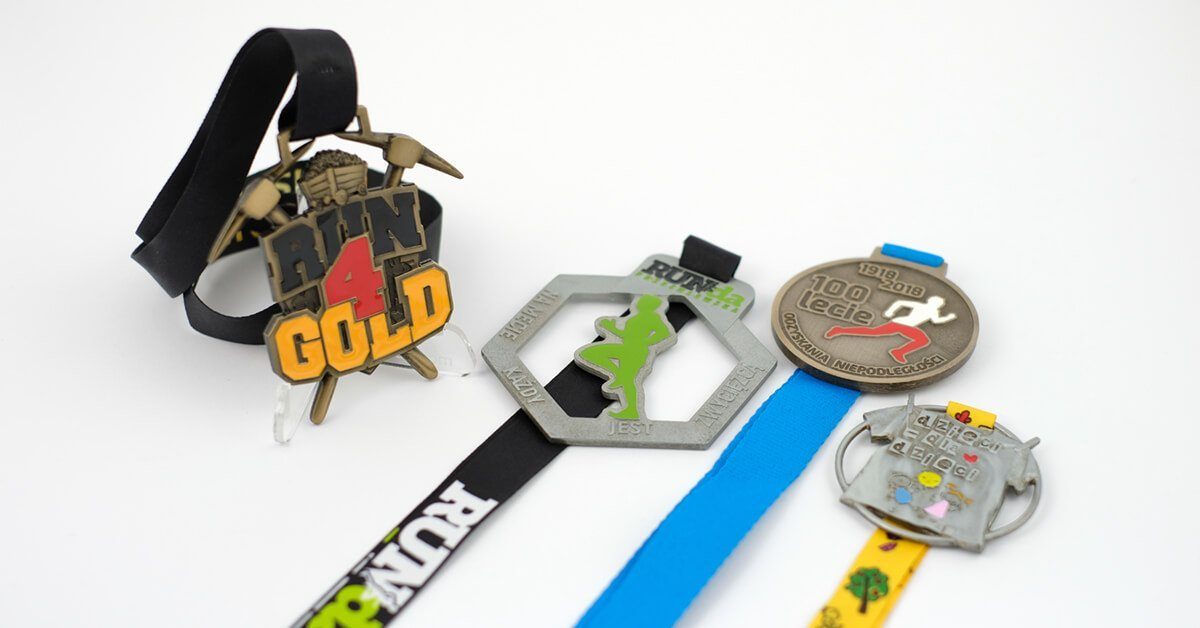 How much is a running medal design?

They are always free-of-charge for all our customers. All it takes is to accept a price estimation, and our professional graphic department will develop a design or adjust your idea to technical requirements.

Do we need to provide our own design?

No. Our graphic department will prepare for you a design on the basis of received information. All it takes is to send us a description, and we will contact you sending a ready medal visualisation.

What’s the minimum order for medals?

Due to logistic considerations: 30 pcs., but smaller orders are also possible – yet, an offer will be calculated as if the ordered number were 30 pcs.

What’s the most popular medal size – how big is it?

Do running medals come with a ribbon?

Yes, we offer medals with a ribbon in many shapes. Ordering medals for sport events at our company, you will receive a ready product which can be immediately used to decorate a winner.

Do you have ready running medals?

Our offer does not include such medals. Each order is treated as customised and made with the use of an original and unique design, which will build the awareness of your brand perfectly.

How much is a running medal?

An order price depends on many factors, therefore, we do not apply a fixed price list; yet, our customer service department will make sure that a price estimation is provided as soon as possible. A final price is always dependent on: a number of pieces, kind of design, degree of complexity and finishing.

I don’t know how many people will register as event participants – when do I need to provide information about the number of ordered medals?

Two weeks before dispatching is absolutely the latest date for this. This time is required to make extra bands and castings, to complete finishing and sewing. If an order comes with a shorter deadline, we′ll still be able to you, but we must have ready casting forms, cannot offer you so many colours and the band will have to be in more than colour.

Do you store the die after the event? Can I order more medals then?

The die is stored by our company and requires no further payment to be made by a Customer. However, a price of extra medals may differ from that for the first batch, and will depend on the number of ordered medals.

We offer attractive prices, and also a full scope of designing services.
Do you want to choose our products and services?