You are here: Home1 / Blog2 / Medals3 / Medals for Prince William and Princess Kate

The visit of Prince William and Princess Kate in Poland has come to an end. During their stay, the couple have received a souvenir medal, designed and made by our company. The Duke and Duchess of Cambridge, who came to Poland with their children on monday, have departed to Germany today just before 11 am. There, they are going to continue with their journey. Princess Kate and Prince William, during their stay, had an opportunity not only to meet the President and his wife, but, above all, to learn about the dynamic history of Poland and its newest events. On Monday, just after the welcoming event in the Presidential Palace, the British royal couple, accompanied by President Andrzej Duda and his wife, Agata Kornhauser-Duda, visited the Warsaw Uprising Museum. During their stay, the royal couple have met with the veterans and have paid their tribute to the deceased, lighting candles before the Wall of Names. 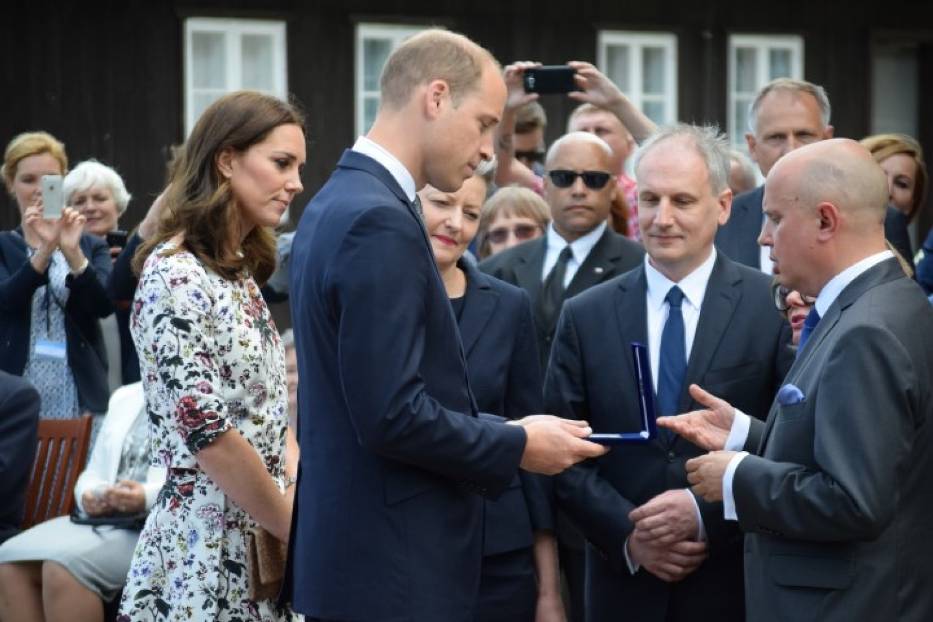 The second day of the visit of the Duke and Duchess of Cambridge was spent on the coast. The couple have started the day by visiting the Stutthof Museum in Stutthof, located at the former Nazi death camp. The Prince and the Princess had an opportunity to see the buildings remaining after the German occupation and to meet the former prisoners of the camp. The visit in the camp was a moment of contemplation, not only over the fate of the inmates, but also about all victims of the Holocaust. The couple was also given souvenir medals with the camp’s Death Gate.

When creating the design of the medal, we considered not only the importance of the visit and the people who would receive them, but also the events that were to be commemorated by the medal. The design of the medal received by William and Kate, is primarily supposed to be a souvenir that will help to commemorate more than 60 thousand of those killed in Stutthof and all other victims of the Holocaust.

After their visit in the former Nazi death camp, the Duke and Duchess of Cambridge went to Gdańsk, where they were welcomed on Artus’ Court by Paweł Adamowicz – the city mayor. In Gdańsk, the royal couple have also visited the Shakespearean Theatre and the European Centre of Solidarity where, together with Lech Wałęsa, they visited a part of exhibitions about the Solidarity.

THANK YOU FOR VISITING OUR STAND AT THE METAL 2016 EXPO IN KIELCE!

MCC METAL CASTS at the ISPO 2018 – invitation
Scroll to top