The burgeoning sports industry not only influences the growing number of sports events, but also changes all branches: from the development of technology and equipment, through the constantly better results achieved by contestants, up to the novelties of sports fashion. The development has also influenced sports medals, which are no longer just gold, silver or bronze discs.
Just a few years ago, most of the sports medals produced by our company were classic circular or rectangular medals. Depending on the needs of the organisers, the medals are made in colour palettes of gold, silver and bronze, in shiny or aged shades. Along with the rising popularity of healthy lifestyle and physical activity, more and more sports events have started to appear in the calendar. Increased competition between organisers caused that sports medals have became one of the elements determining the success of a given event.
The organisers have started to use sports medals as a tool that makes the event more attractive, builds up its image and aims at attracting the attention of potential participants. The medals that we currently produce stand out from the crowd, because of their individual shapes, colours and techniques of workmanship. What possibilities the organisers currently have? We present below the types of medals that are most popular nowadays: 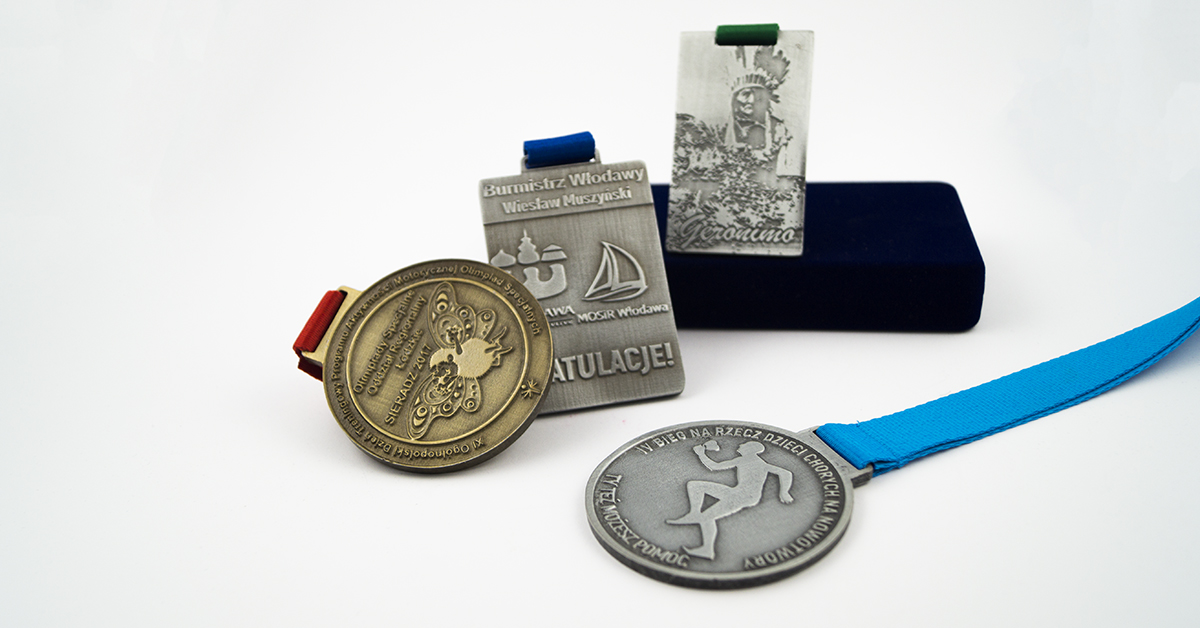 Despite the changing trends, the organisers very often focus on classics. Traditional sports medals usually have circular or rectangular shape. Depending on the needs, they are produced in one or more colours, which correspond to the positions on the podium.
Traditional sports medals are usually made in 2D technique, i.e. the technique where concave and convex planes are present. Classic medals are characterized by their solidity, well-knit shape and rawer character. They are also extremely versatile and will work out well as medals both for runners and participants of other sport competitions.

Our company produces more and more sports medals of a modern character. Compared to the traditional ones, the modern medals stand out with braver designs, colours and techniques of workmanship. 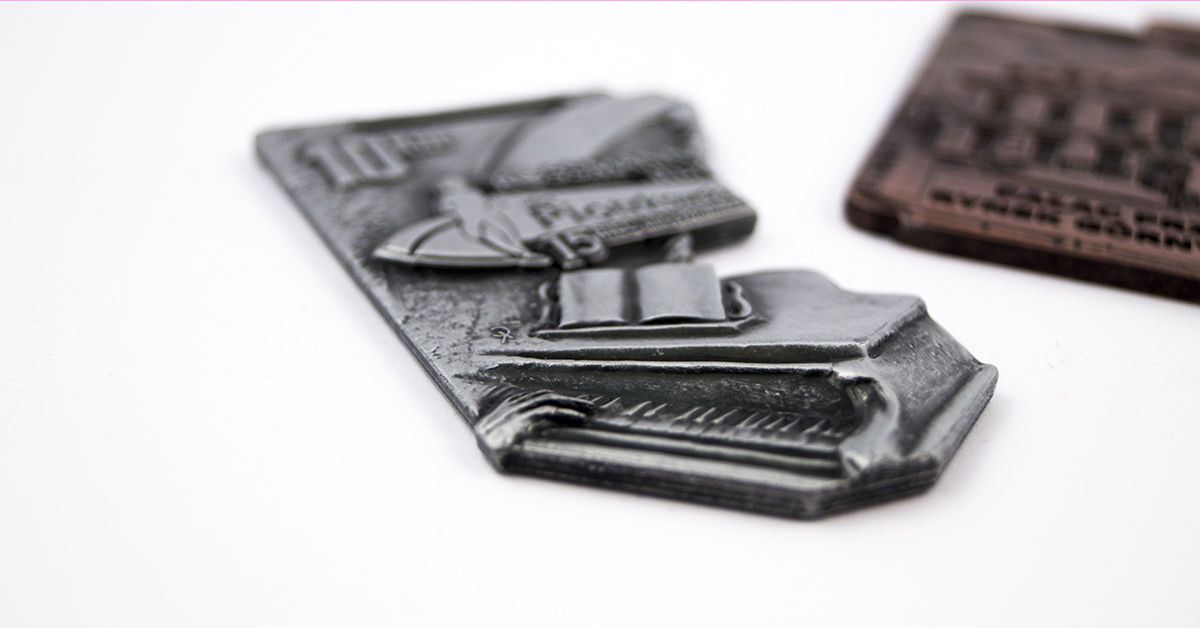 To begin with the latter, the organisers more and more often decide to order sports medals produced by us in 3D technology. This technique allows the medals to possess the characteristics of a bas-relief, curves and convexities. The organisers choose 3D medals because of their attractive appearance and decide on them despite the fact that the preparation of this type of projects may be more expensive. 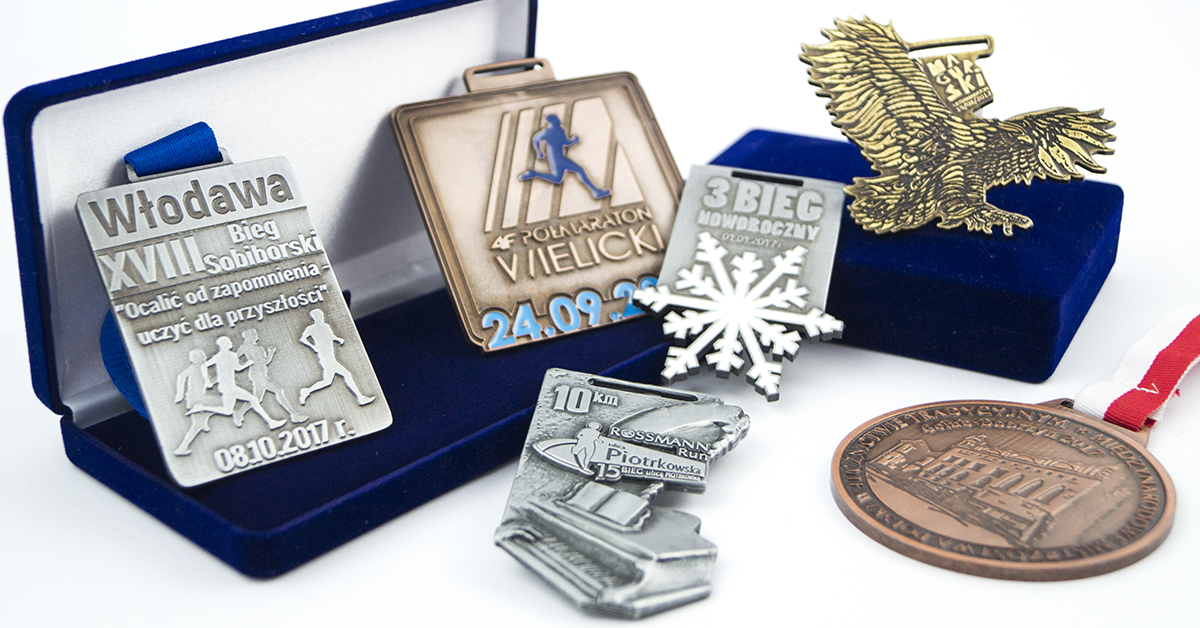 The development of medallic art does not just boil down to producing medals in 3D technique. At the same time, the standard shapes of medals are being increasingly abandoned. Modern sports medals are the ones that take the form of logos of the organisers and sponsors, as well as other shapes, thanks to which the finished medals stand out from the others. In our company, we are able to produce almost any imaginable shape of a sports medal, the dimensions of which do not exceed 10 cm in height and width. 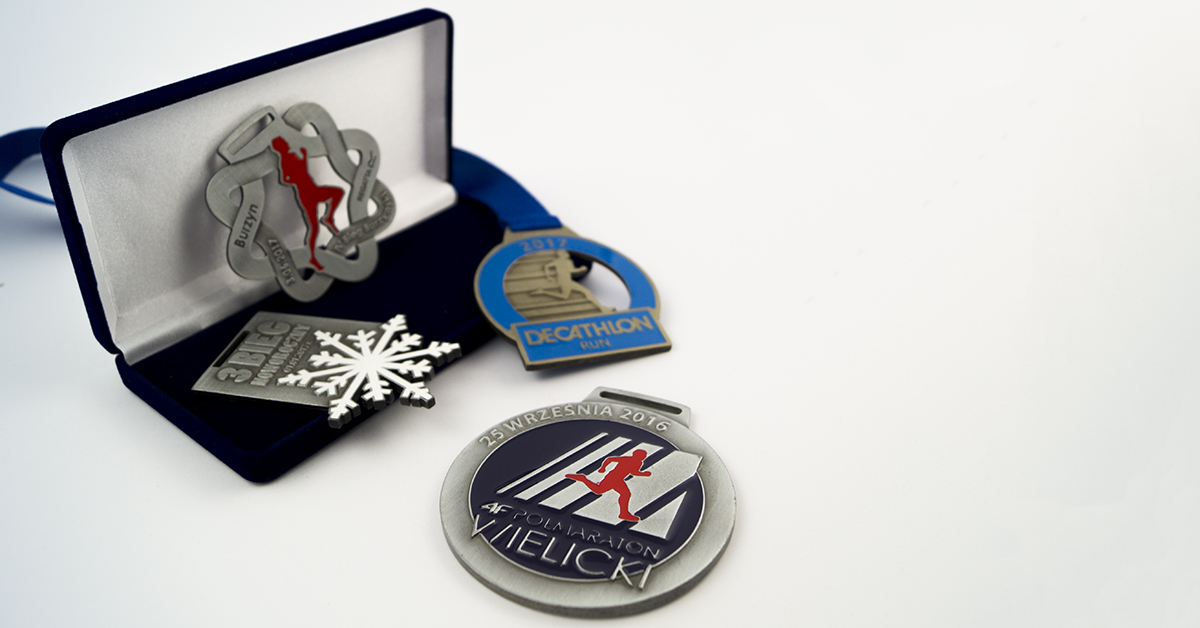 Another novelty that has been well received by the market are the colours that can be attributed to the individual elements of sports medals. By this means it is possible to produce medals which, apart from the basic colour in which the medal is made, are also distinguished by other colours that attract attention. The introduction of this method has contributed to the fact that modern sports medals are more and more often like colourful works of art.

Stickers are an alternative solution, especially in the case when the organiser requires detailed colour elements to be placed on medals. As a producer of medals, we have noticed an increase in the interest regarding this area as well. The use of specially prepared stickers makes it possible to add colourful elements to sports medals, regardless of whether the technique in which they were made was 2D or 3D. One of the advantages of this solution is the possibility of putting on a medals such graphics, that would not be possible by any other technique.

Our company has many years of experience in producing medals. The long presence on the market of sports medals and the participation in creating trends have contributed to the fact that we are able to produce virtually any design according to your expectations and using any technique. If you are an organiser of sports events and looking for a medal producer, klick on the button below and see our offer: